What I Did Over Winter Break, a Teacher's List

I've spent some time over the past few days trying to work some great storytelling into this blogpost to no avail.  Maybe it's because of how everything has been slightly surreal since my winter break began, though most likely it's simply because there's no way that great prose is going to be able to sugarcoat this summary. So here, in *possibly* accurate order (days blended together if they didn't disappear altogether) is what I did over winter break:

I baked one batch of sugar cookie trees which were frosted white.  I added sprinkles.

I also baked my first ever batch of these Reeses Peanut Butter Cup cookie things.  My friend (and former Super Star parent) Kim correctly described them as "sacrificial cookies:" other holiday treats, sweet and savory were able to be sampled by me, myself and I, while The Teenager focused his attention on the pile of peanut butter goodness, yielded from the linked recipe.  I know, I know, these nummies aren't new to any of you, but they were to me, and they now have a permanent spot in my cookie-baking roster of tried-and-true recipes.

I deep-cleaned and disinfected the house, which is an annual agenda item for me each year before Christmas.  This year, it's a good thing I scheduled it early because...

I had to isolate Dear Husband, banishing him to the downstairs for ten days after he tested positive for COVID.  Preparing for dental surgery later in the month, he had been tested in anticipation of his appointment.  No, he didn't show any symptoms.

After contacting my principal, superintendent and colleagues, I managed to facilitate my quarantine and that of The Teenager, me to the master bedroom and he to his room.  It was an unanticipated adjustment for me, and no biggie for him, except for the constant wearing of masks indoors, and the odd state of things having Dad downstairs.  And the open windows everywhere.

I turned fifty-one and was gifted a celebratory meal by the parents of Dear Daughter's best friend.  They bought and delivered to our porch delicious prime rib and chicken alfredo with all of the fixings, including cake and cheesecake slices. 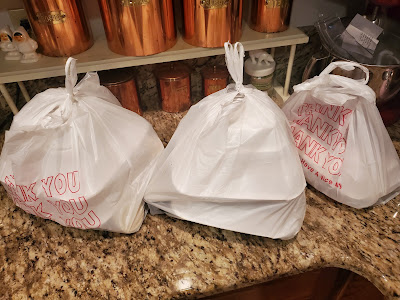 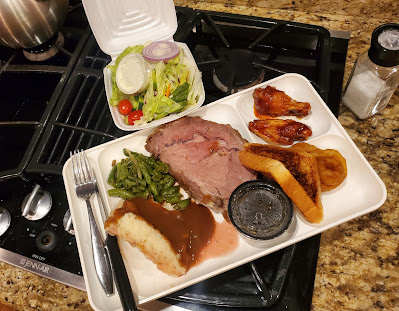 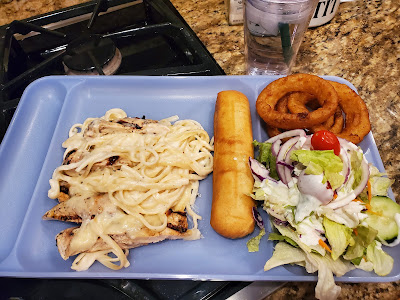 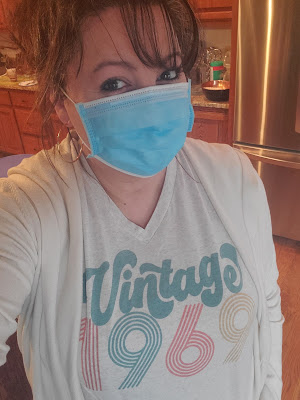 For the rest of our meals, I used our oven (thank you, Mrs. Stouffers), microwave (what a great reheater of leftovers), electric griddle (hello, French toast) and crockpot (only once) for two weeks after the stovetop blew out and Dear Husband ordered a new one.  It arrived on December 28, after I also purchased an electric skillet which made the best Hamburger Helper we'd had in a month.  We all ate in isolation/quarantine for two weeks, thanks to having a full deep freezer in the garage. 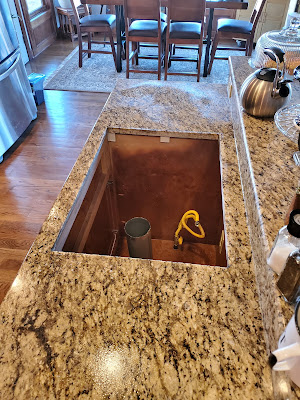 I spent time on the back porch each day, feeding and cuddling with a prairie cat that adopted us earlier this month. His name is "PC."  Yes, for "Prairie Cat." 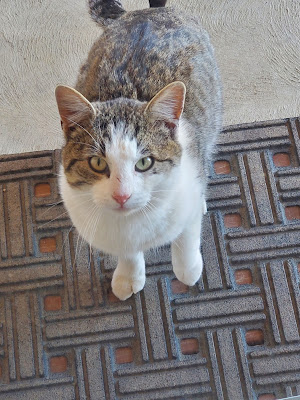 I celebrated Christmas with my family on December 29. We prepared our meal using the new cooktop Dear Husband installed, the job that was his first task upon his return to the main floor. Sorry about that, electric skillet, but you'll remain our standby, for sure. 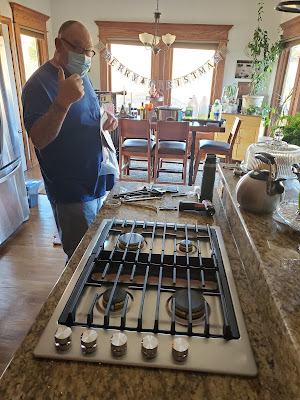 I finished my one-afghan-per-month for December.

After four days of letting the downstairs sit, I deep cleaned it all, and finally made it back to my craft room, my creative spot that I had planned to spend quite a lot of time in during vacation.  I packed up the ornaments and mini-tabletop tree and put them away, and got back to work scheduling assignments and materials in Google Classroom and creating instructional slides for the return to school.

I helped pack up Christmas and enjoyed a low-key New Year's Eve with Dear Husband, The Teenager and our cats, Buck and Tish-Tish.

And I gave thanks, so many times, that this brush with COVID resulted in mere inconveniences and the postponement of our celebrations and not something much, much worse.

There you have it: my list. Tomorrow I'm back to work for the start of our second semester, still teaching kindergarten remote learners.  I'll be trying to work ahead in anticipation of the arrival of guest students who will be joining my class from others throughout the district because of having to quarantine while classmates attend on-site the week after next.

Was your winter break what you had hoped it would be?