With August giving way to September, I am happy to report that this year's class of Super Stars and I have had a great start to kindergarten!  We've introduced ourselves, shared, learned and practiced rules and routines, have helped, asked questions, apologized, forgiven, laughed, and even outright guffawed with one another.  After twenty-plus years as a teacher (I took two years off to stay home with my youngest, otherwise this would have been year twenty-three), I too, can honestly say that it has been a fresh start with fresh faces and families.  It might be silly sounding, but adopting the current vernacular, I "puffy-heart" love them all. 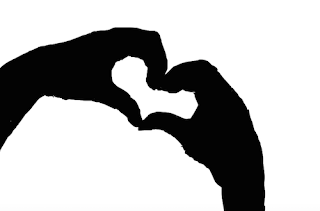 
Learning styles, needs, strengths and interests haven't changed much over my near quarter-of-a-century career.  Young children still learn best when offered a myriad of tools, songs, stories, and experiences, finger paint and iPads, Blueberries for Sal and Pete the Cat, play dough and teddy bear counters... the more the merrier, with all sorts of growth and mastery occurring in good measure.  Large group, small group, and one-on-one with the teacher, students experience a lot of interaction with their friends, new classmates, teachers, staff and volunteers.  I too, have learned and grown with each and every class.  My advocacy of my Super Stars remains both professional and personal.  I teach them, guide them, support them, and protect them.  Teaching kindergarten for two decades has rocked- it still rocks.

Though students haven't changed much over time, parents certainly have.  Twenty years ago, it was a rare occurrence indeed when I'd have to make a report to Child Protective Services, or teach a parent how best to help their child develop the social, fine motor, behavioral and academic skills necessary to soar at school and life.  Parents were my natural allies, answering the phone when I'd call, attending every conference, replying to my notes, and offering helping hands without (many) hidden agendas.  Only one brought a gun with her to a parent conference, and most parents, colleagues and neighbors agreed that she was crazy.  Over the course of the evolution of education's latest "reform" however, notably beginning with No Child Left Behind and including the mass adoption of technology use in every day life, I've witnessed an uncomfortable shift in parenting, resulting in mothers and fathers eyeing teachers and schools with suspicion first, voicing accusations loudly second, and rarely, if ever offering an appropriate apology when common sense solutions have been reached after much patience on the teacher's part.

Oh yes, though I truly puffy-heart-love my students and families, I'm going to go there. Other teacher bloggers have expressed similar sentiments, like this well shared post from 2014, but I haven't yet stumbled across an editorial article or blog asking parents if they truly believe that their children are only ever victims during their years within a school's walls, as knee-jerk and frankly, sometimes assaultive parental behavior suggests.  Parents' emails or phone calls to teachers demanding immediate action, threatening a visit to an administrator, or the surprise arrival of a parent simply marching him or herself into the principal's office without any prior notice or attempt at communication with a teacher, occur much more frequently now than they did when I was new to the profession.  Because my career and students have mattered to me, past parental complaints have immediately caused me to ask myself the tough questions:  did I make a mistake?  Did I miss something?  Could I have solved this problem differently?  When faced with parents who employ the sneak attack as their preferred modus operandi, my first response (after shock) for years has been to immediately offer an apology and time to meet to discuss the it's-news-to-me issue.  That's right: I've given parents the benefit of the doubt, and assumed I've made a mistake, miscommunicated, or somehow missed something occurring in my classroom.

That reaction, now that I'm forty-six years old, have raised three children, taught in three states, in four schools, over twenty one years, and can count my Super Star students and their families in the hundreds, is going to stop.  Instead of half-stories, half-truths, misinterpretations, outright lies or Drama Debbies and Dons pushing me to self-defense, self doubt, or whatever-you-do-just-make-the-parents-happy apology and appeal mode, I'm going to take a deep, cleansing breath, count to three, and then jump right into professionally standing my ground. The child who appeared to enjoy the day, mentioning a small tummy ache right before lunch, and after having eaten bounced through our activities with a smile on her face throughout the rest of the afternoon?  No Ma'am, I didn't ignore her, deprive her of food, force her to eat food, or cough germs onto her food, even though she's now complaining to you at home that her tummy hurts.  The parent who interrogates and escalates his child with questions like "Did you tell Mrs. Sommerville?  And what did Mrs. Sommerville do?  Why didn't Mrs. Sommerville call me? OH MY GOODNESS, YOU MEAN YOU TOLD MRS. SOMMERVILLE AND SHE JUST IGNORED YOU?!?!?!?!?" I'm going to let him know that there's a slight chance that 1) he's not getting the whole picture and 2) I'd be happy to talk with him calmly and respectfully to solve the problem. When a learning disabled classmate is overly-attentive to another child out of admiration and a hope for friendship, and is perhaps awkwardly stumbling through the process of friend-making, I'm going to tell an accusatory parent that her child is not being targeted, bullied, harassed, or stalked.  When a child's responses to unexpected interactions with peers include scowling, screeching, yelling, hitting, flouncing off, sitting and crying, NOT using his or her words, or simply waiting to tell a parent at home, I'm going to tell Mom and Dad that their child too likely needs to learn, see modeled, and practice some social skills strategies in order to self-advocate.  I'm not going to agree that little Bobby or little Sarah be moved to a different class because little Charlene doesn't like him or her.  No pandering or schmoozing choreography, even though those parents want it.  When they approach me with verbal guns a blazin', they're going to be met with Mrs. Sommerville in all of my teacher glory.  It's the Golden Rule folks, and it's time you followed it.

But I simply must ask... shock and awe videos, social media memes, and urban legends aside, do you believe that teachers spend our days sitting in classrooms, twiddling our thumbs, taunting, ignoring, harassing, belittling, neglecting, and abusing your children?  As I read Brown Bear, Brown Bear, What Do You See at the carpet, do you honestly believe that I wouldn't see shenanigans if they were occurring, and upon seeing them, wouldn't intervene to stop them to get students back on track?  When little Jon accidentally trips little Maisie, don't you think I pause to notice whether or not he apologizes?  Did you know that if he does apologize, and Maisie accepts it, I consider the problem solved, and won't report it to you?  If either Maisie or Jon mentions it to their parents, I certainly hope both families will respond with something along the lines of "Oh good.  Accidents happen, but I'm glad you apologized and were more careful," instead of calling the school and demanding the immediate expulsion of little Jon and an administrative reprimand of me by my principal.  Common sense is always preferable to overkill.

And because I'm truly curious, here are some more questions I have for parents: who on earth told families that my colleagues and I don't care about our students, that we didn't choose this profession as our lifelong career, that our paychecks aren't a necessity, and that we only seek to undermine families, parental authority and involvement, intending to harm our students in any way possible for the sheer entertainment of it?  Who told you that the parent/teacher/school relationship is a one way street, and that your only responsibilities are to police the employees and loudly beat your chest from time to time to show us who's boss?  If you're so concerned about the allocation of resources for your child and his classmates, or think lower student to teacher ratios would benefit all children, why don't you regularly attend school board meetings, familiarize yourself with Department of Education policies, or advocate for increased funding for education?  Why do you refuse to trust teachers until after the school year is over, and you've put them through the wringer?  Why don't you apologize for the mistakes you make as readily as you demand we do?  Would you ever allow anyone, to include your spouse or significant other, to micro-manage, accuse, and disrespect you in the ways that you feel entitled and justified to do to us?  Who told you that good parenting was going from attentive to alarmed in 5.2 seconds, and from involved to subversive and accusatory in less time than that?

As a teacher, I make mistakes, but not often.  Twenty-one years, three children, and lots of experience works in my favor that way.  My students' favor.  Their families' favor.

Yes, authentic bullying can happen at school, even in kindergarten.  As a person who experienced my fair share of bullies as a child and an adult, and as an educated professional who doesn't see a benefit to bullying, I stop it when I see it, I investigate it when I hear of it, and I advocate against it.  A child upset because the classmate who played with her yesterday doesn't want to play with her today is not being bullied or neglected, even if those crocodile tears pull insistently at her parent's apron strings.  A parent who tells herself "I'll go above the teacher's head and straight to the principal to demand that this be handled NOW" is not a partner in her child's education.  She's a bully, a blowhard, and likely a chicken.  That's right: if a parent won't speak with me, I don't assume s/he is the authority, I assume s/he's afraid.  I'm polite, and I'm certainly professional.  I do what I can to build relationships with families for the benefit of my students,  but I'm not bowled over, frightened, or put in my place when a parent tries their alpha-commando schtick on me.  I'm experienced, qualified, and well-intentioned, and I refuse to let currently acceptable parenting behaviors suggest as truth the lie that I am victimizing their children, and that my pedagogy is mere punting and parlor tricks.  Hypocritical bullying doesn't impress me.  Doesn't impress many of my colleagues, either.

So there you have it for my first rant of the 2016-2017 school year.  I guess this is what happens now that I'm no longer twenty-six, or thirty-two, or even forty, a first year, seventh year, or fifteenth year teacher.  Luckily, my students have understood me all along, just as parents from "the good old days" did, not too terribly long ago.  School's in session, and as usual, I aim to teach.  We'll see how many parents end up needing a lesson from the teacher who puffy-heart-loves them and their children.